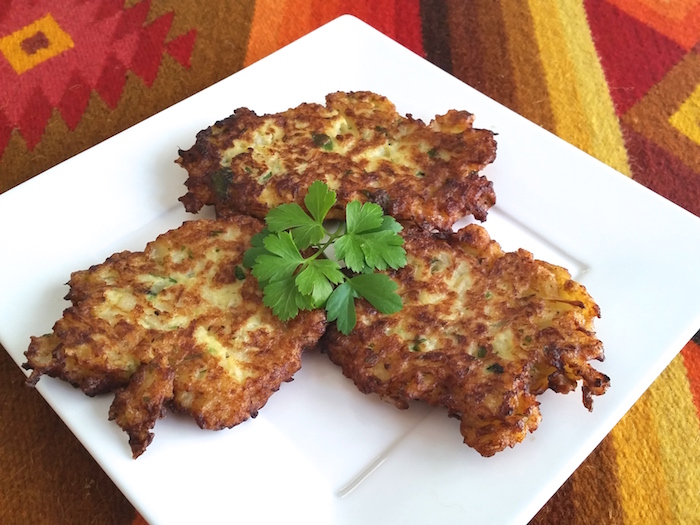 I want to first clarify the name for this post. I grew up calling these Cauliflower Pancakes, but in Peru, they are called Torrejas de Coliflor, which translates to Fritters of Cauliflower literally or Cauliflower Fritters. No matter what you call them, they are delicious.

My Mom would whip up these pancakes for us and we would eat them up as fast as they were made. She would serve them with rice and that made the meal. 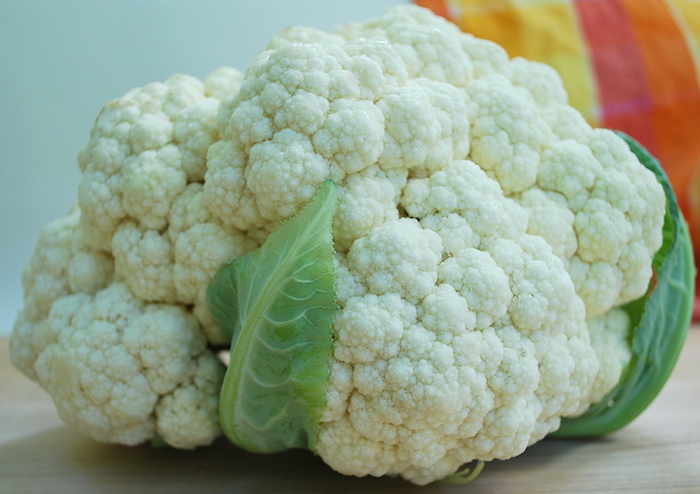 First, you need to find a beautiful head of white cauliflower. 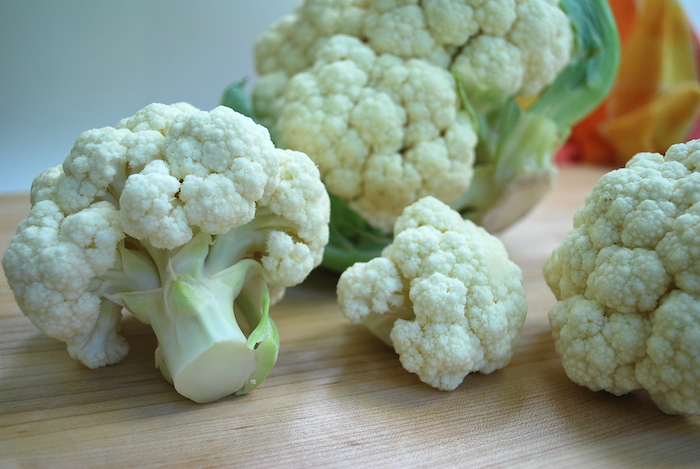 Cut the cauliflower into florets. Place into a large pot and cover with enough water to just cover. Add a generous pinch of salt into the pot and bring to a boil over high heat. Continue to boil for about 10 minutes. Since the cauliflower is going to be mashed, you want it to be tender. Remove from heat and drain. Shake the colander to get all the water out. We don't want any added water so shake well. 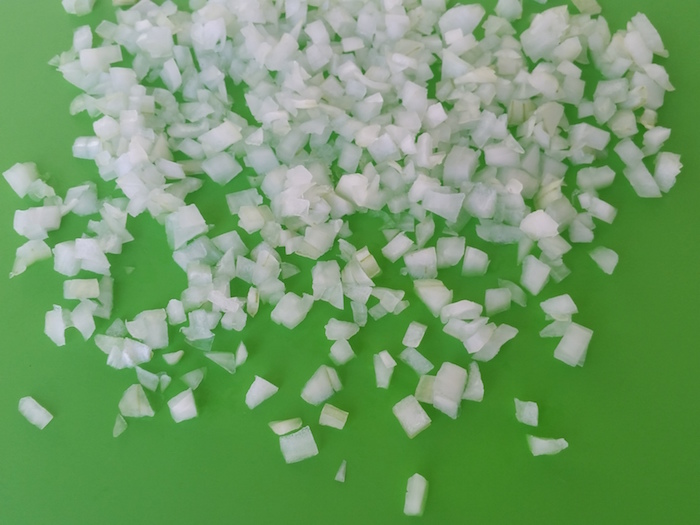 You will need an onion diced up. To this day I cannot dice an onion like my Mom. When she is cooking, I swear she calls us into the kitchen just when she is about to chop something so she can do her best impression of a Japanese Master Chef with mad cutting skills. And it’s so obvious she is waiting for a look of awe or a complementary remark of how her knife cutting skills are so amazing. Especially because she can look at you and hold a conversation while chopping and dicing. Sometimes I just stare into her eyes refusing to submit to her and she stares back and a slight grin forms on her face because she knows how jealous I am. Finally I break down and submit. I don't know how she does it. I can't do it - I'll come right out and admit that.

When discussing this recipe with my Tío Joe, he told me my grandmother used to sauté the onions. I never have. I asked my Mom and she confirmed that was how she made them as well. Well, the first time I made these for my husband, Bill - then boyfriend - not only did I not sauté the onions...I forgot to precook the cauliflower. I knew the ingredients of the recipe but obviously I didn't know the steps. I cut the cauliflower into little pieces and mixed everything together. I made the pancakes and served them to Bill. Told him he was in for a real treat. He smiled and took a bite and immediately his face changed. It sounded like he was chewing brittle. A lightbulb went off in my head and I started cracking up. I called my Mom and she started cracking up.

"How could you not know to first cook the cauliflower, Natalie!?"

"I don't know, Mom. I knew something was wrong!"  Hahaha, poor Bill. He ate them anyways. That's when I knew he was special.

I still don't sauté the onions. I dice them up small and the heat from the cauliflower softens them up.

Preheat oven to 250 degrees to keep the pancakes warm.

Then add the onions and stir. The heat from the cauliflower will soften the onions.

Stir in the egg yolks, parsley, salt, and pepper. Add in flour. Stir it all up just until combined. 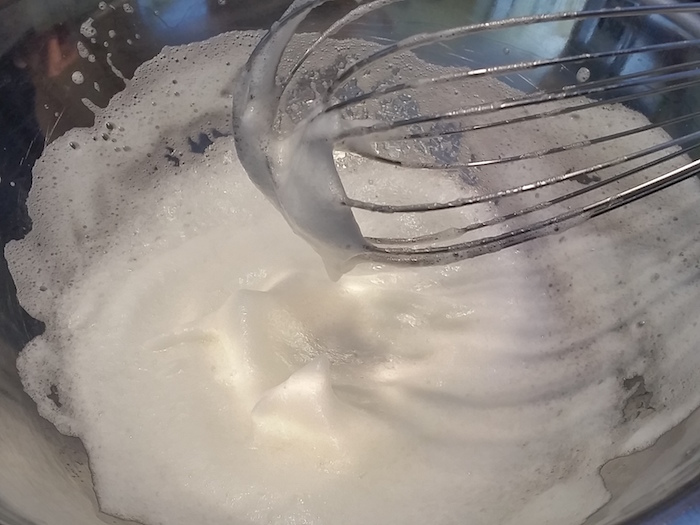 In a separate bowl, whisk the egg whites until soft peaks form. Fold them into the cauliflower mixture.

Grab your nonstick skillet and add in enough oil to coat bottom. Heat it up over medium high heat until it just starts to show those little ripples. 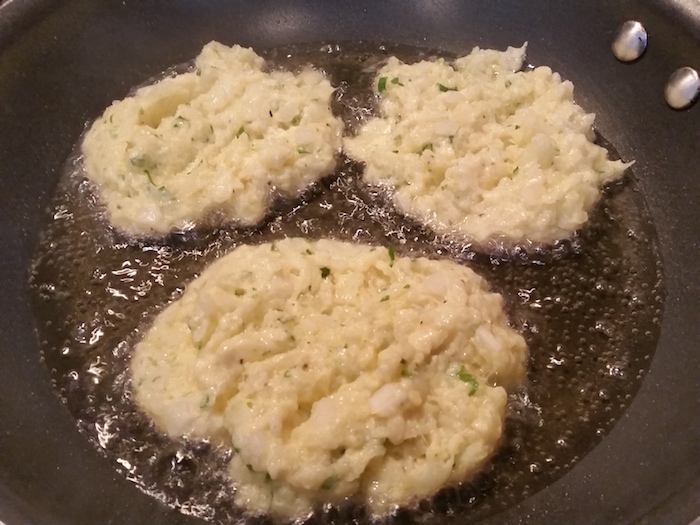 Spoon in batter to hot oil to form a 4 inch pancake...

For each pancake, spoon in enough batter to form a 4 inch pancake. Cook each pancake for about 3 minutes per side until golden brown. Repeat with remaining batter. 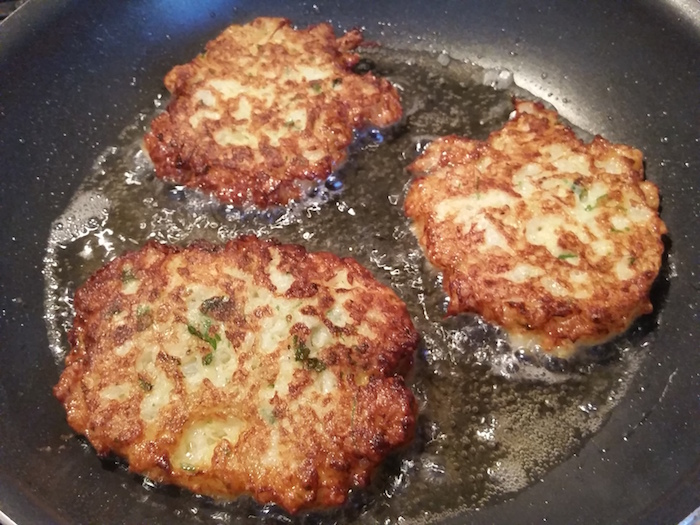 Place pancakes on a paper towel lined baking sheet and put in oven until all the pancakes are cooked.

Serve these pancakes as a side dish or as a light meal with a rice. It will be your favorite way to enjoy cauliflower.
¡Al ataque!
Be happy, eat well... 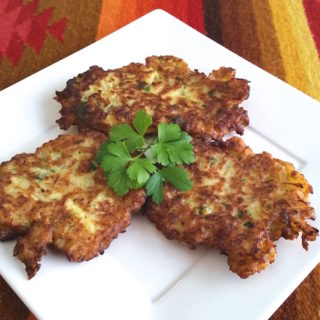