A lemon garlic steak marinade that’s perfect for tougher cuts of meat and only takes a few minutes to put together. Spicy and flavorful, this marinade is definitely a keeper. In fact, it’s delucious. 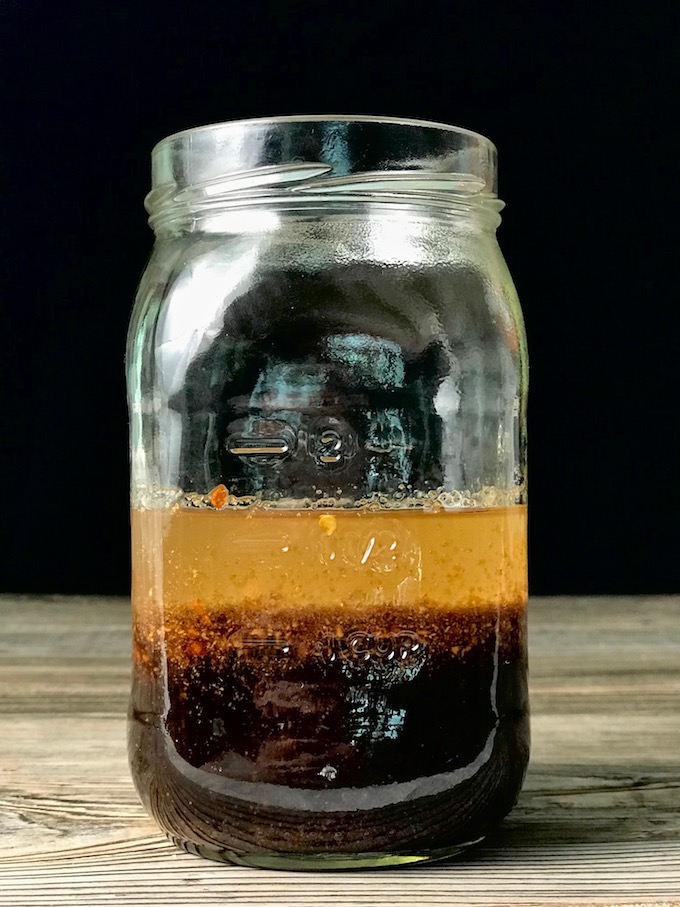 I would never, ever, ever tell you to marinate an expensive cut of meat such as ribeye or filet mignon. Ever. Those cuts only require a sprinkle of salt and pepper to bring out the flavor of the meat. Now, as for less expensive and/or tougher cuts of meat? Those are the ones that marinades were invented for. This marinade not only adds flavor, but tenderizes the meat as it soaks.

You basically need at least a few hours to overnight to marinate. Soaking longer does adds more flavor, but longer doesn’t necessarily mean better. Since there’s acid in this lemon garlic marinade, the acid breaks down the fibers of the meat. That’s great to a point. If the fibers continue to break down because of longer soaking, the meat starts to become mushy. We don’t like mushy meat so try to keep it no longer than 8 for large steaks or less if your meat is cut into chunks.

This lemon garlic steak marinade is super easy to throw together and it’s perfect for flank, skirt, hanger, tri-tip, and sirloin tips or steak. A good rule of thumb is ½ cup of marinade per pound of meat. There you have it. An incredibly simple and delicious marinade from me to you.

If you love some more flavorful dishes enhanced with delicious sauces and vinaigrettes, try: 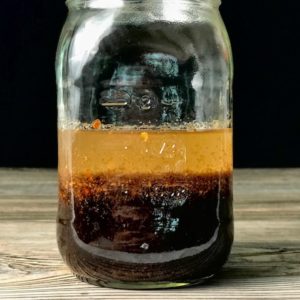 *I use a less expensive olive oil for this and sometimes I use half olive oil and half neutral oil. You can make this using all neutral oil as well. The oil is used for transferring the flavor of the marinade so don’t use an expensive oil.
Did you make this recipe? I would love to see how it turns out. Tag me on Instagram @thegeneticchef or tag #thegeneticchef and tell me all about it!