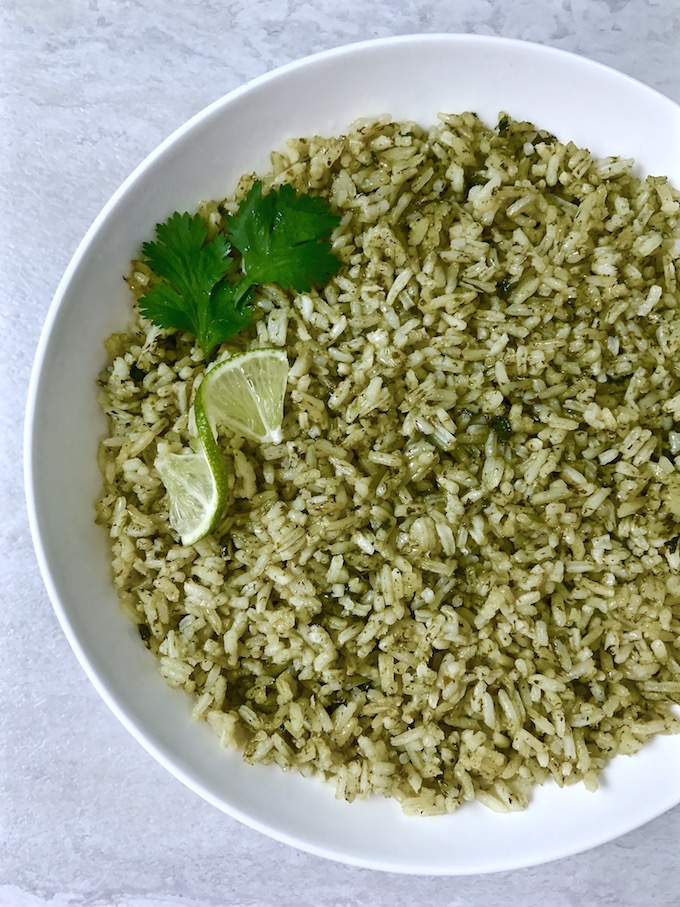 Cilantro Lime Rice makes a tasty side brightening up any dish. The color of the rice shows it's loaded with cilantro while the zest and juice of the lime creates an explosion of flavor. Serve as a side, in a wrap, or to make a burrito bowl.

Combining cilantro with rice is a common thing in Peruvian cooking so it was no surprise that combination would be a winner. What did surprise me was the addition of lime. The first time I tried it was at Chipotle’s, probably like everyone else. But being a connoisseur of cilantro rice already, I can tell you this version is superb and I state that with confidence. Well, unless you don’t like cilantro...or lime... 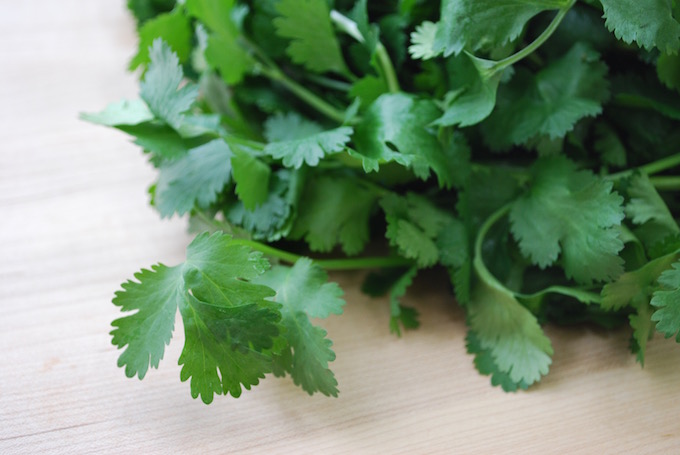 The rice is made slightly different to my aptly named perfect rice. I use minced garlic and sauté it just until fragrant. Then the rice is added and stirred, coating it with the garlic and oil giving it a head start in flavor. 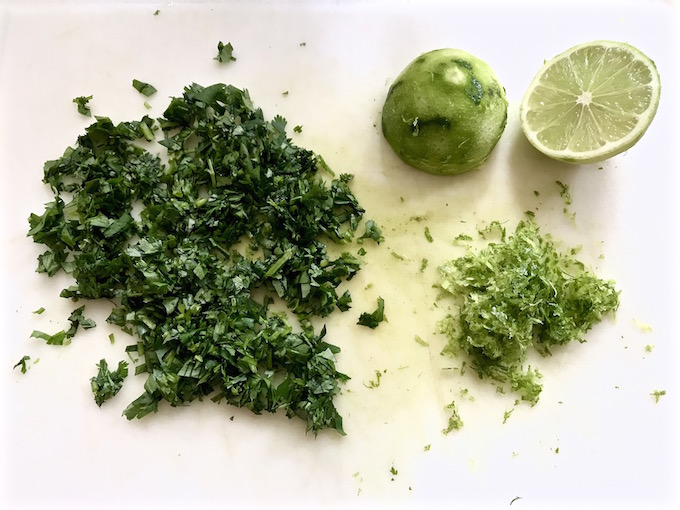 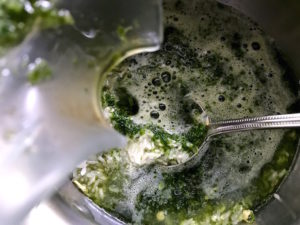 Instead of adding plain water, I blend the water with half of the cilantro then add it to the rice. The cilantro is pulverized bringing out all that flavor which gets absorbed by the rice. But wait, there’s more. You chop the other half of cilantro and mix that in after the rice is cooked. Now, you’re adding a fresh cilantro taste to the already cilantro flavored rice.

Same goes for the lime. The lime zest is added to the rice along with the cilantro water and salt. After the rice is cooked and fluffed with a fork, the lime juice is added with the reserved chopped cilantro to bring out a fresh citrusy flavor.

This rice is delicious and makes a great side to any dish. If serving more than four, I recommend making double. 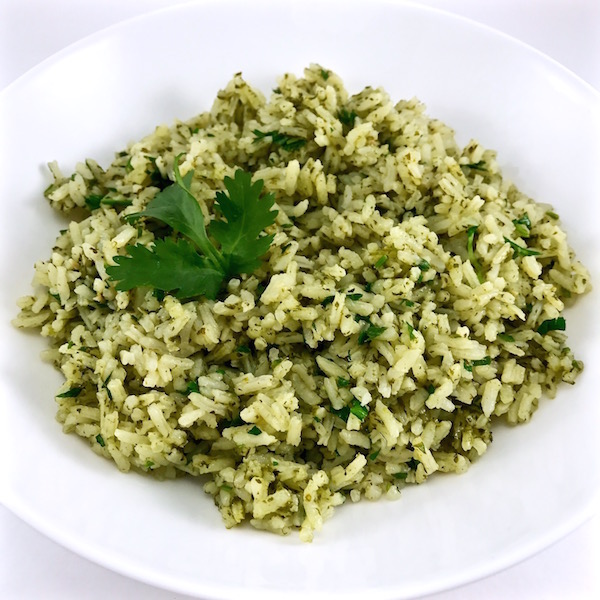 Try my other rice dishes:

Pairs wonderfully with, but not limited to:

Print Recipe Pin Recipe
Cilantro Lime Rice makes a tasty side brightening up any dish. The color of the rice shows it's loaded with cilantro while the zest and juice of the lime creates an explosion of flavor. Serve as a side, in a wrap, or to make a burrito bowl.
Prep Time: 10 minutes
Cook Time: 20 minutes
Total Time: 30 minutes
Servings: 4
Author: Natalie Gregory

error: This content is copyrighted and protected.
We use cookies to ensure that we give you the best experience on our website. By continuing to use this site, you agree to the use of cookies.OkRead more