A Simple Old-Fashioned Apple Crisp made with apples tossed in spices, topped with buttery oats, and then baked until crisp, bubbly, and golden brown. A perfect fall dessert. 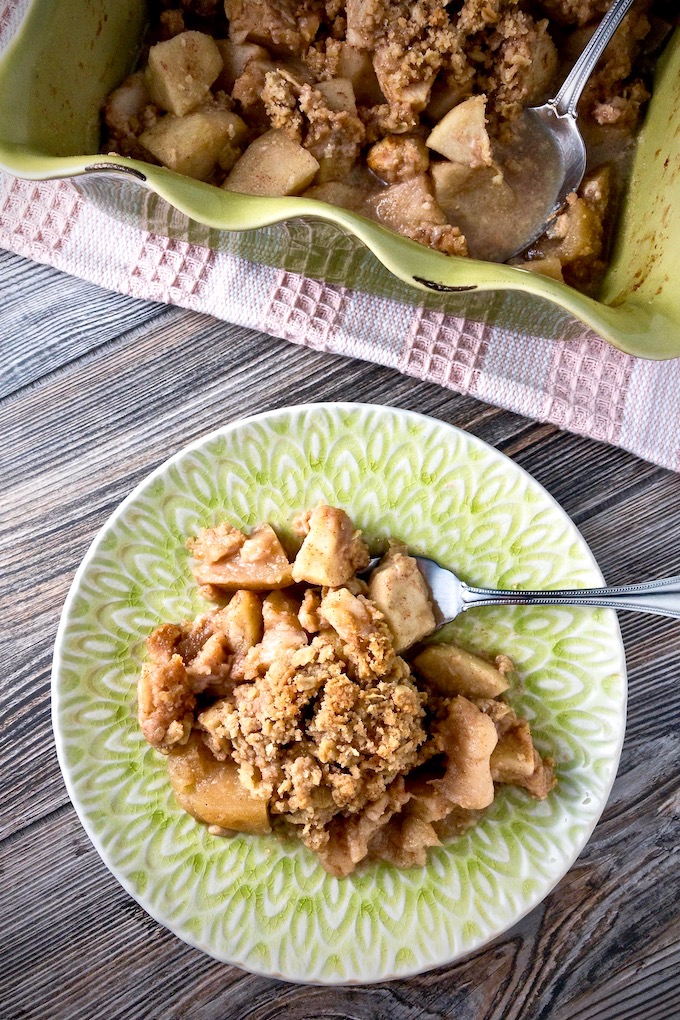 Going apple picking was an activity we used to do with our kids in late September. When they were in elementary school, the fall field trip would be apple picking at a nearby farm. I think that was the only permission slip I signed and handed in the same day hoping I could be a chaperone.

Sure I had to watch the kids, but I would also be able to participate in picking apples, sampling cider, and eating cider donuts. It was cloudy that day and all the kids had on their little raincoats. Most were the same and you couldn’t tell them apart. They looked like little minions. We were separated into groups then off we went.

I had a group of 5 kids, one of them was my own. They picked what they could reach and I grabbed the perfect ones that were higher. These apples were spectacular. I was having so much fun until…

“Natalie, where are all your kids?”

I looked around and all the kids were scattered. There were kids all over the place, but I couldn’t tell which ones were mine because they all looked alike in their little coats.

“There here somewhere. I mean they were just here.”

“Natalie, you are supposed to be keeping an eye on them not picking apples.”

I tried to hide the bag of perfectly picked apples behind me. Needless to say, I was never chosen to chaperone again. Don't worry, I found them.

My apple crisp uses 5 pounds of apples. It sounds like a lot right? You lose about 1 pound from the peels and cores. Want to know how I know that? I actually weighed the apples before peeling. Then I weighed the cores and peels and found I lost 1lb. 5oz. Who else is going to give you that information? 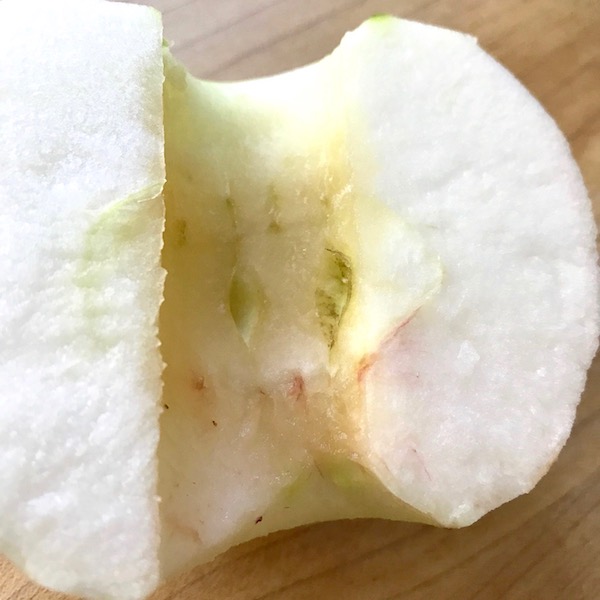 After I core and slice the apple in half, I remove the endocarp - the center of the apple that surrounds the seed - if it wasn’t removed from coring. I’m fussy that way. It’s an extra step, but I don’t want me or my guests biting into an unpleasant hard thingy. You can avoid it altogether if you slice around the core. Just know you will leave some good apple behind. A great tool for coring is this [easyazon_link identifier="B01AZ8NE9U" locale="US" tag="thegeneticche-20"]apple corer[/easyazon_link]. When you find a gadget that makes your life easy, it’s worth it. 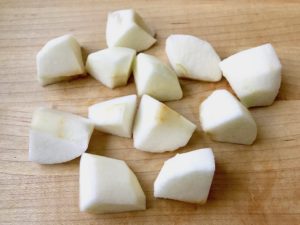 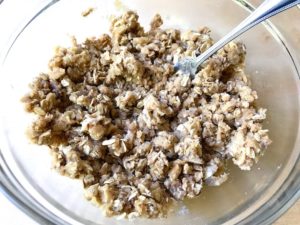 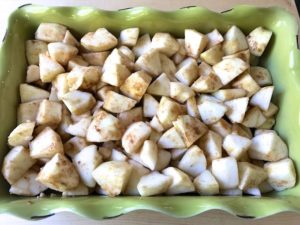 I like to use mostly McIntosh with a few Cortlands or Fujis mixed in for texture. Using all McIntosh is perfectly fine as long as you chop them in large pieces about ¾" - 1" pieces because they'll soften and melt significantly. If they're cut too small, this will turn into applesauce. I've found Granny Smiths are too tart and I don't care for the texture of the apple which doesn't soften much and turns rubbery. It's all subjective and you can use your favorite apples. You're gonna love this apple crisp.

Try some of my other desserts: 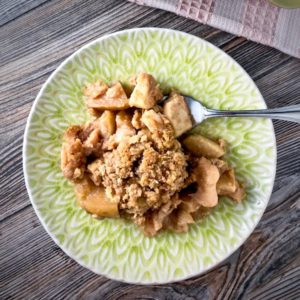