A serving of golden milk is packed with antioxidants and anti-inflammatory ingredients. No need to take pills when you can get the benefits from this soothing drink. 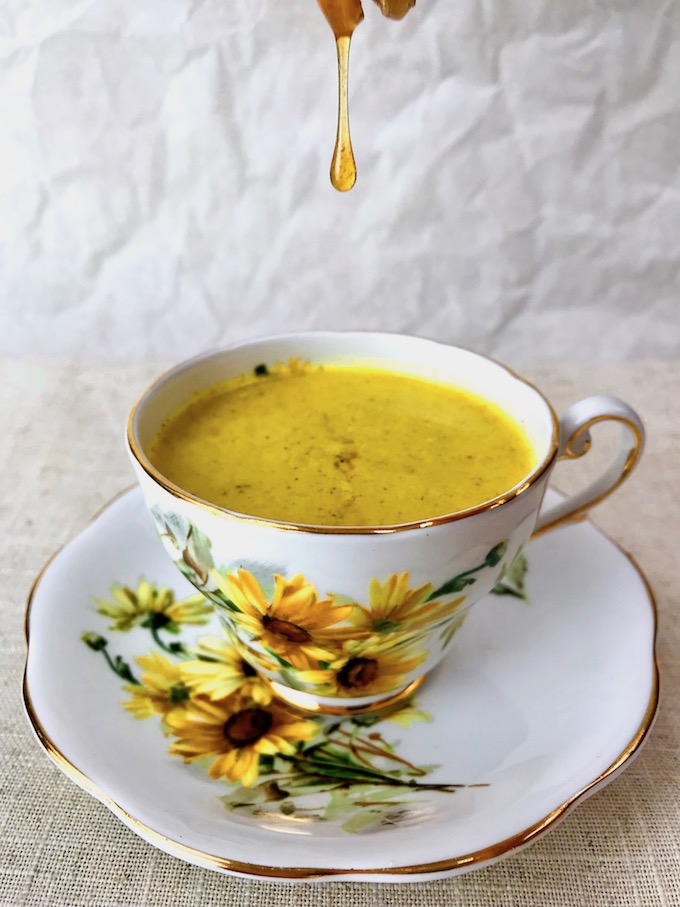 I’m not a doctor, nor do I play one on TV, but I do have to say that when I’m achy and drink some hot golden milk, I feel so much better. Not only do the benefits of golden milk have anti-inflammatory properties, it can aid in getting a good night’s sleep.

Having turmeric in my diet isn’t new for me. Being half Peruvian, turmeric is a common ingredient in cooking. I use it in my adobo spice, rice pilaf, and even in my pineapple crush smoothie. In fact, every morning I would make a smoothie that included yogurt, turmeric, pepper, ginger, cinnamon, fruit and water. Every single morning I felt great. I admit, some (ok all) thought my smoothie was awful. I thought it was delicious (ok drinkable). It was part of my routine everyday and it was so easy to prepare; just whiz it in my [easyazon_link keywords="vitamix" locale="US" tag="thegeneticche-20"]vitamix[/easyazon_link] and drink.

Then, life happened. My daughter had ankle reconstructive surgery and for an entire summer, she was in pain and couldn’t walk for weeks without assistance. During that stressful time, I didn’t make my shakes in the morning. In fact, I didn’t do much of anything for myself because my daughter came first.

When you’re on an airplane, the attendant instructs during the preflight announcement that if the pressure drops and the oxygen mask comes down, to place it over your nose and mouth first before taking care of another. You know why? Because if you don’t take care of yourself first, you are of no use to another. I didn’t take care of myself first and because of that, I couldn’t take care of my family.

Now, please understand, this is how I feel and it may be a coincidence, but I truly believe because I stopped drinking my elixir every morning, things started to surface. I started to become achy as I do have arthritis. Then, I experienced knee problems and aches and pains which was caused from inflammation. It totally sucked for me and my family because I was not fun to be around. What was different in my life? Then I remembered. I stopped drinking my shakes.

How Golden Milk worked for me

I included turmeric and ginger long before I knew it was a thing or fad. I had done research many years ago and discovered that the medications or supplements that were suggested for taking care of inflammation was turmeric and the other was ginger. I prefer to include it naturally rather than pop a pill. Therefore, I created a recipe for my shake. Then, I discovered drinking it warm when I wasn’t sleeping well was incredible. The combination of the spices coupled with honey and the milk of your choice was tasty. 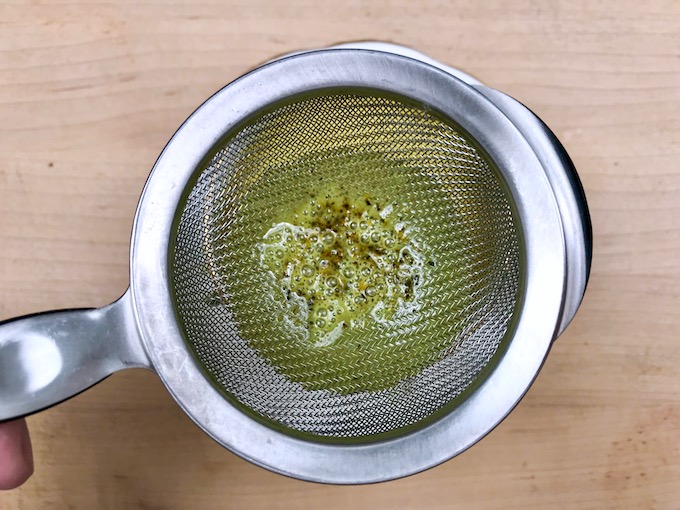 Oh, one more thing. If you see any recipes out there for golden milk or turmeric milk that don’t include pepper, well then you are basically drinking a mustard colored milk. You see, turmeric needs pepper to work it’s magic. Otherwise, it goes through your body just like anything else because turmeric alone doesn’t get a chance to get absorbed and do its thing. It needs pepper. Just like ying needs yang. I recommend [easyazon_link identifier="B001713L84" locale="US" tag="thegeneticche-20"]straining[/easyazon_link] it into your cup to remove the grinds.

I have since restarted my turmeric consumption and things are getting better. Again, I’m not a doctor but I do think I would make a pretty good “know it all” on a TV show that everyone would love to hate. Kind of like a Joan Collins from Dynasty. Yeah, I could totally rock that roll. Hollywood, you listening?

Be happy, eat (and drink) well.

This post contains affiliate links for products I recommend. 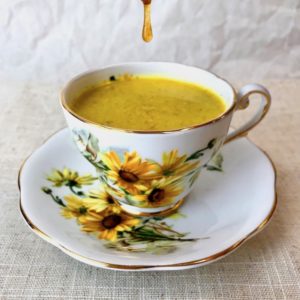 You can use the milk of your choice - milk, almond, cashew, etc.
Did you make this recipe? I would love to see how it turns out. Tag me on Instagram @thegeneticchef or tag #thegeneticchef and tell me all about it!