French Lentil Soup with Bacon is a rich and hearty soup packed with flavor. Makes a delicious, nutritious, and satisfying meal. Serve with some crusty bread and enjoy. 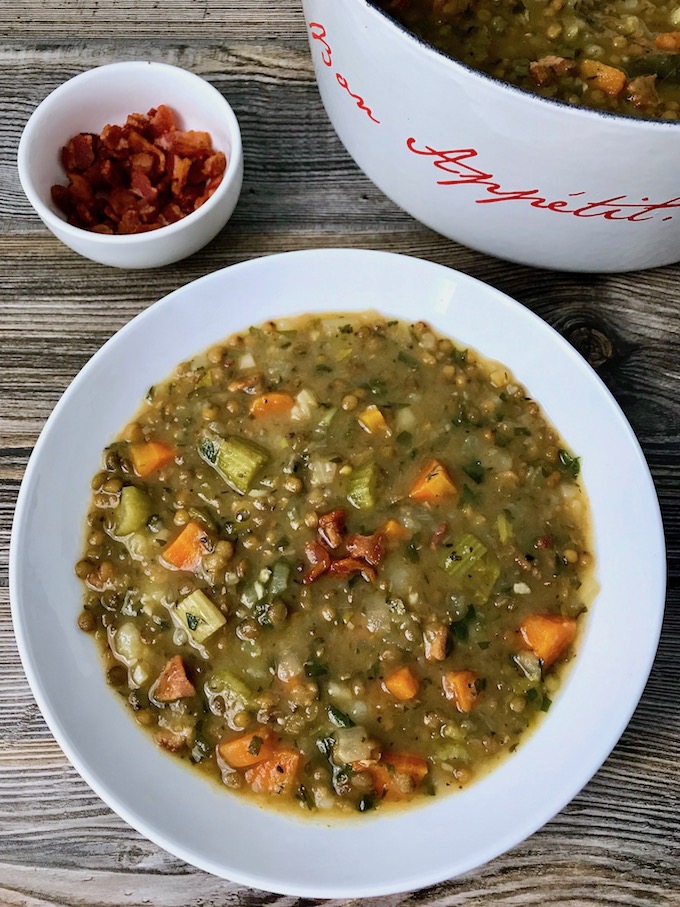 The thickness of this soup comes from the potatoes that are cooked along with everything else instead of being added towards the end. I count on some breaking up creating a natural thickener. The addition of red wine vinegar brightens the soup and is added at the end along with the parsley. 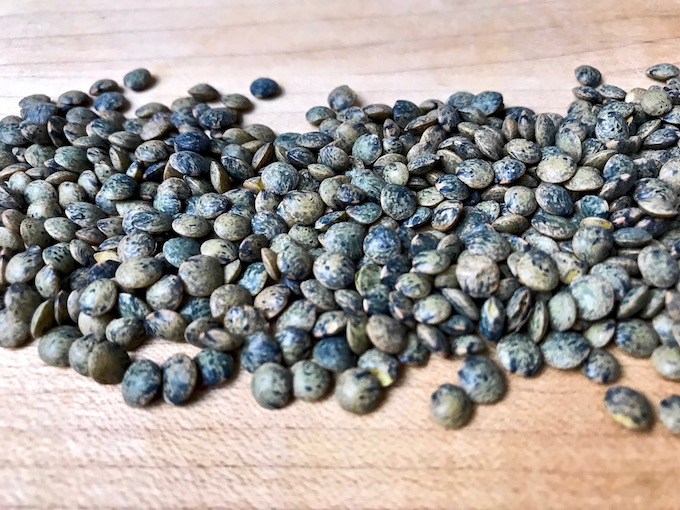 The seasonings for this French lentil soup take it to another level. It’s seasoned liberally with kosher salt to bring out the sweetness of the vegetables. A tablespoon may sound like too much, but realize that since it’s kosher salt, the crystals are larger than table salt. After all, you’re seasoning six cups of liquid along with potatoes that need salt when cooked. 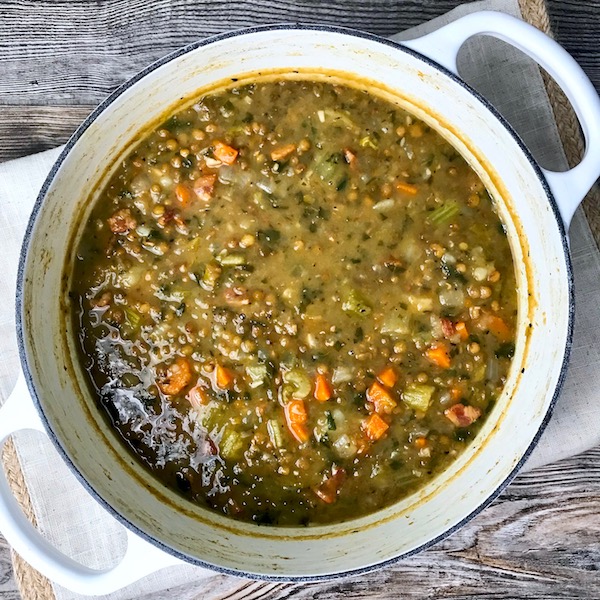 Like soups? You must try my sweet potato vegetable soup or my split pea soup with bacon and egg. Looking for different? Definitely try my Peruvian shrimp soup which is phenomenal! 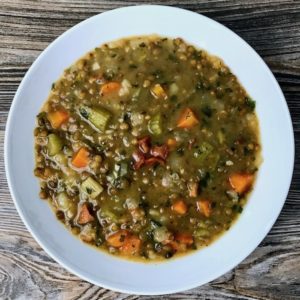 HAVE YOU SEEN THESE? 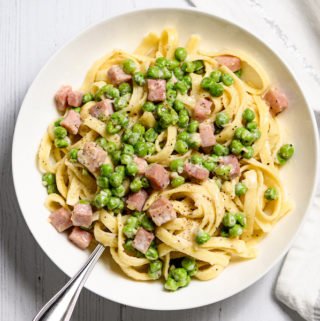 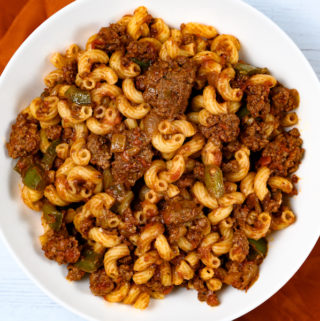 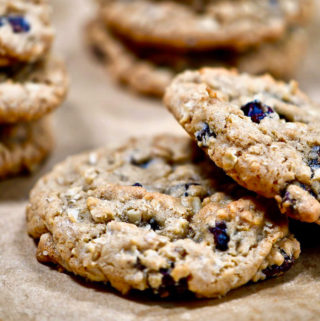 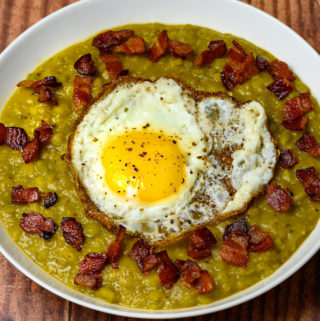 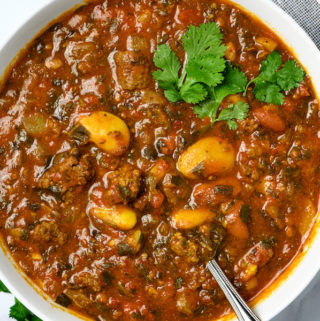 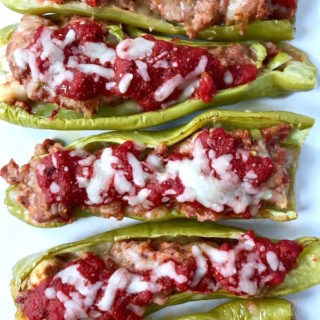 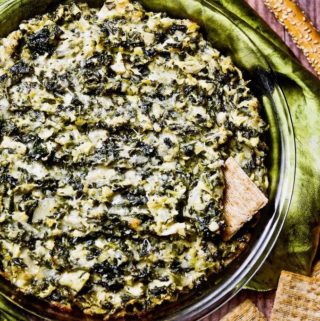 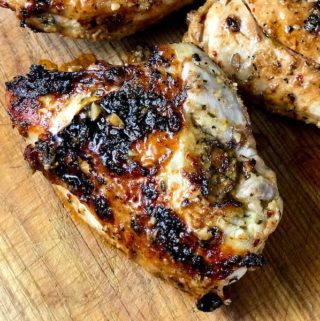 YOU'RE GOING TO LOVE THE WAY YOU COOK!

Are you passionate about cooking?
Interested in knowing why a recipe works rather than be told it will?
Does a pinch of salt, a dash of pepper, and an ounce of humor sound good to you? 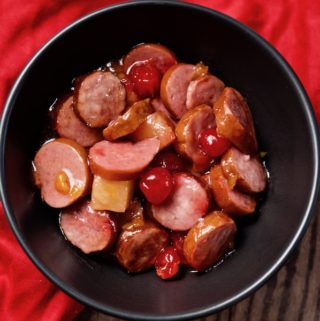 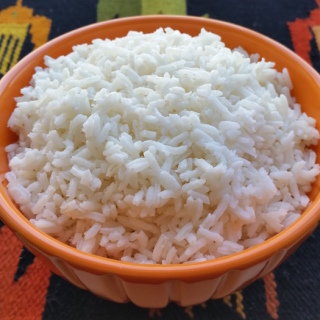 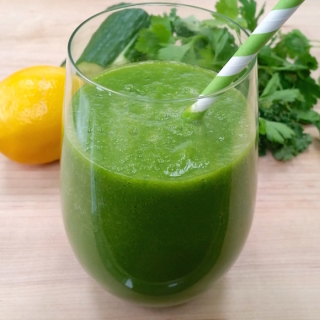 We use cookies to ensure that we give you the best experience on our website. By continuing to use this site, you agree to the use of cookies.OkRead more