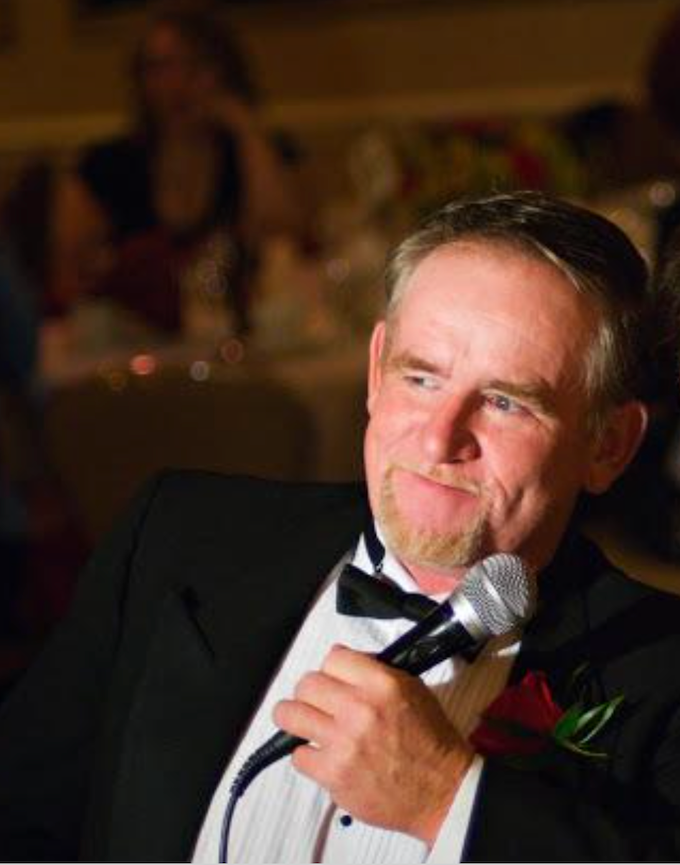 I post this with a heavy heart. A week ago today, I lost my Dad. He was my rock. He was the one I could go to and ask or say anything to and get a straight answer. If I made something and wanted to know if it was good, I asked Dad. There was no bull with him and no drama. “It is what it is” was our phrase. My Dad was 68 years old and stronger than anyone I know. He might have been older, but no one dared mess with him. I loved him more than anyone will know, but you know what? He knew how much I loved him and that gets me through the day.

Every morning he would come by to do a project or what needed to be done at my house. He arrived in jeans, a sweatshirt, and his work boots, all covered in paint stains. I bought him a new pair of work boots last Christmas, but he insisted on wearing the ones he had on that day. They were comfortable for him even though the soles were worn and separating from the boot. In fact, that morning as we drank our coffee, he lifted his leg and said his boots were great then smiled at me as I shook my head.

We talked politics that morning as we did every morning. When he talked to me about politics, he was always animated. Sometimes I would just disagree with him just to disagree. I did it on purpose because he had to sit longer with me to make his point.

What’s weird is that particular morning we covered all the bases. It’s like he knew it was going to be our last conversation. We covered taking care of my Mom and me assuring him that he never had to worry because no matter what, I would take care of my parents. He talked about each of my kids and how smart they were and how proud he was of them. He talked about how my daughter, Elena, takes life too seriously and should lighten up and enjoy it while it’s happening. How my son, Ryan, was incredibly smart and talented with his photography. I told my Dad that even though I wrote the post about my Dad’s favorite apple cake a month ago, I couldn’t post it because the pictures weren’t acceptable to Ryan. He just laughed. My youngest, Ethan, was exactly like my Dad and made my Dad smile. They worked on projects together, talked often, and watched movies together. That morning he said Ethan was like his mini-me.

In fact, the next morning my parents were going to watch Ethan for the weekend because it was my anniversary and my husband and I were leaving for New York City with friends to celebrate. Whenever my parents would watch Ethan, Dad would talk about what he had planned to do, but that morning he didn’t.

One of the last things we talked about was his favorite apple cake. I told him I made another one to take pictures for posting. I showed him the pictures I took and although I was already given a critique from Ryan about how the perspective was off, my Dad looked at the pictures and said, “Oh, that looks nice.” That was good enough for me. I stood over my computer and all I had to do was hit the publish button. He sat there and drank his coffee. For some reason, even though the post was all done, I didn’t hit publish. We had a quiet moment and he looked outside and said he’d better get to the work outside. “See ya Nah-lee”, was all he said to me. That’s what he called me - Nah-lee. That was the last thing he said to me. I said, “Ok, bye Dad.”

I never hit that stupid publish button. I ended that post with, “This is for you, Dad.” That was before this hell started. In fact, when I opened up my computer this morning, a week to the day, what was on the screen was that post ready to be published. Today, I have to hit that publish button. He would have wanted me to because that post was for HIM! It was his favorite cake and the one thing I made that was special just for him.

I hadn’t looked at social media last week because life was happening. Real life. You see, that day, all my kids were home. My daughter and son were home from college for doctor’s appointments. It was so weird how they were home since it was on a Thursday. Crazy how life just happens.

Today is the first day I am dealing with being alone in the house while my husband goes to work and the kids are in school. Today is the day I have to post my Dad’s favorite dessert. I just have to do it. I am not changing anything and hitting that publish button. I still don’t know why I didn’t that morning. I just remember closing my computer and thinking I’d get to it later.

I don’t have any regrets when it comes to my Dad. I spent every Sunday with him and my Mom having our favorite Sunday dinners together and ending the evening playing cards. I spend 6 out of 7 days with him having coffee every morning and talking about stuff. He gave me advice until the day he passed. My Dad was there for me whenever I needed him.

My Dad was the one who brought me up, but not the one who brought me into this world. You see, my Dad was my step Dad but I never ever called him that and reprimanded anyone who ever referred to him as a stepdad. He was there to get me out of trouble and that was often growing up because of my mouth. He always said to me, “If only your brain would make you stop and think about what you were going to say before saying it.” Then he would laugh because he knew that would never happen. He was my DAD, period. He had to deal with me and my moods, my attitude, my stubbornness, etc. That was not an easy task. As a matter of fact, I can’t count how many times he would say, “Please don’t open your mouth.” As much as I drove him crazy, I made him laugh. 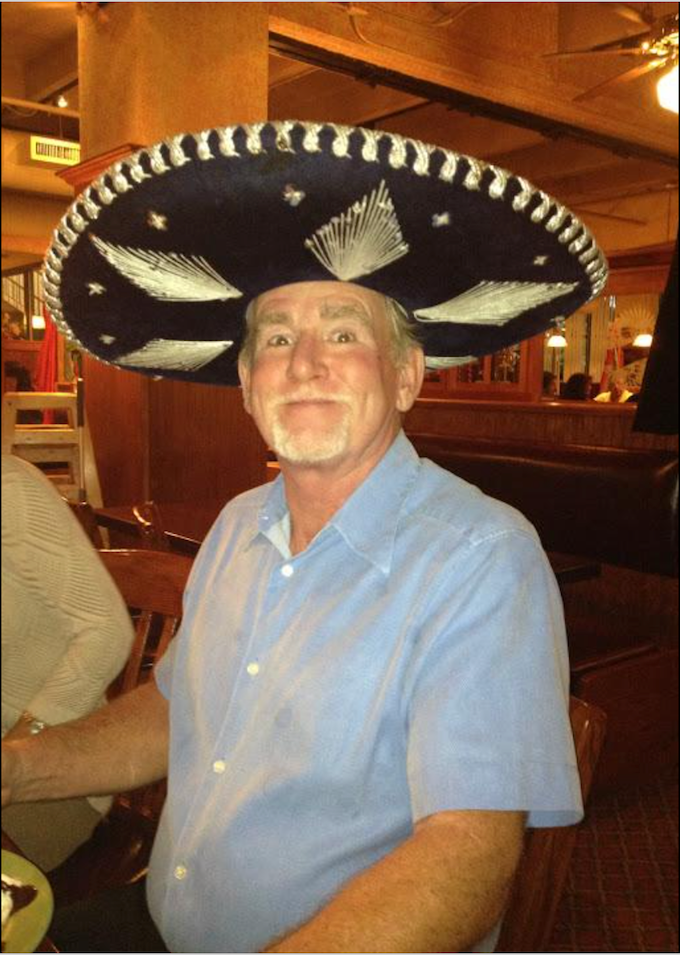 Some takeaways from my Dad:

If you’re not happy, change it. Only you can do it. Why live life unhappy when you can change it?

“I don’t believe in drama.”

His favorite saying was, “Oh well.”

One of the last things he said to me last week was, “What do I care? I’m gone.”

Don’t go looking for trouble, but don’t take any crap from anyone.

Protect your loved ones.

“Get your ass out of my house!”

“I wish Pepsi would go on sale.”

“You make a good chicken, Nah-lee.”

“Take care of the people you love, screw the rest.”

My Dad had a good life when he was part of my family. We had a celebration of life for him this past Tuesday which was my parent’s anniversary. My Mom started to cry as we all hugged. She said, “He really loved me.” Me being me said, “Yes, but he loved me more.” She broke up in laughter and shook her head. “Oh, Nah-lee” was what I could hear him say in my head followed with, “You’re such a pain in the ass.” 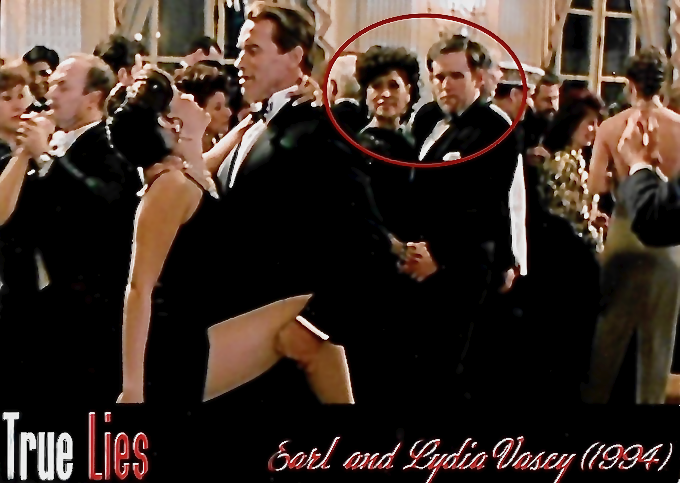 Whenever I want to see my Dad, all I have to do is put on the movie True Lies because my Mom and he were extras in the first ballroom scene. When they were casting for extras, my Mom was picked but not Dad. They were looking for people to blend in and my Dad was a redhead with white skin and freckles. Well somehow on the day of the shoot, the guy that was supposed to be partnered with my Mom didn’t show up in time. For some reason, he was late. HMMMMMMM... Don’t know why that happened. My Mom was prepared. She had colored my Dad’s hair and beard brown and I bet she put makeup on his face. He just so happened to be standing in costume with my Mom. I mean they had already said no to him being in the scene. The people on the set were yelling for that extra that wasn’t there to dance. My Mom told them she had her husband, her dancing partner, right here and ready to go. They caved and told everyone to get into their positions. Ready? ACTION! My parents stole that scene. They rocked it better than Arnold and Tia ever could. My parents had a blast! When the movie came out the whole family went to the theatre. My Dad told the usher that he really shouldn’t have to pay since he was in the movie. The guy didn’t believe him. He showed the guy the scene when they danced. My whole family cheered in the theatre. The guy shook Dad’s hand and refunded his money. Oh, Dad.

My Dad was my strength, my guide, my mentor, and everything a father should be. He was talented, skilled, incredible, and my superhero. My Dad got me through the things no one else was able to handle. He taught me and my kids how to survive and take care of ourselves. So grateful to have had this incredible time with him. I will miss him immensely. I will think of him often. I will be reminded of him every time I look around my house and yard and see all the beautiful work he did. He was my rock, my hero, and my Dad.

I Love You Forever,