Perfectly moist and slightly sweet Skillet Cornbread is made in one bowl and takes 5 minutes to prepare. The simplicity of a box mix, but so much better. This is cornbread, perfected. 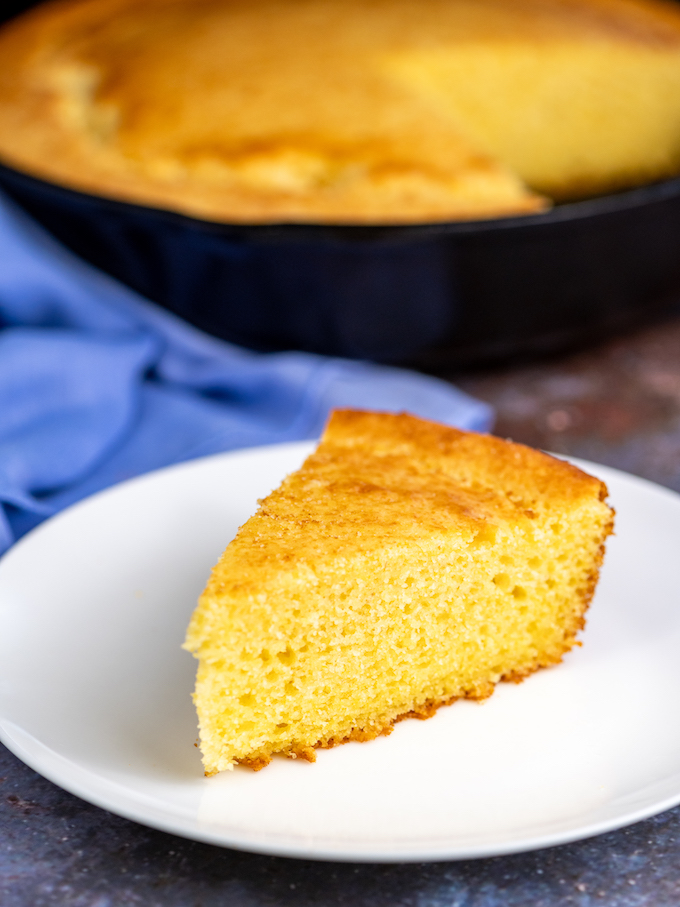 I’ve been trying to perfect cornbread for many years. I was looking for moist, sweet, and light, with a tender texture. I’ve tried so many recipes, I think I circled back again to the first one. I wanted a recipe that was as quick and easy as the box mix. Well, here it is folks.

To start, I wanted a cornbread that had at least equal amounts of cornmeal and flour. Many recipes include 3 times as much flour than cornmeal which no longer made it cornbread. I understand the flour created a softer texture, but the whole purpose of making cornbread is to have cornmeal in it. 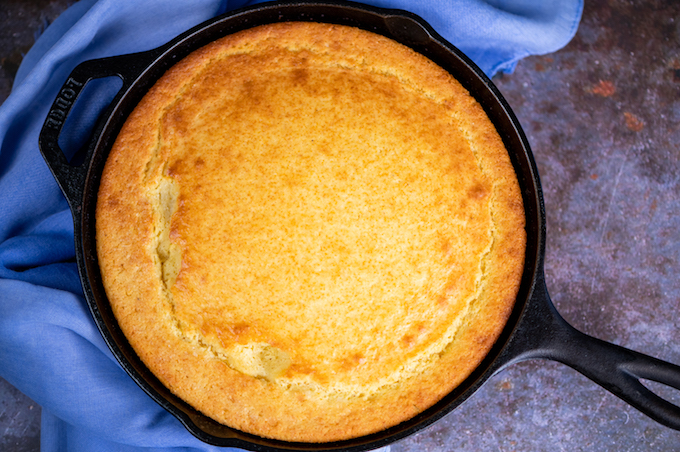 There's a long debate about Southern Cornbread and Northern Cornbread. I am a Northerner and that is why I'm used to sweet, moist, cornbread. I am not saying it is better than Southern, I am only saying it's what I grew up with and I'm nostalgic about its sweet and tender texture.

The crust is buttery and crisp while the texture of the cornbread is moist and tender. Enjoy a slice with a smear of butter or simply as is because it really doesn’t need a thing. 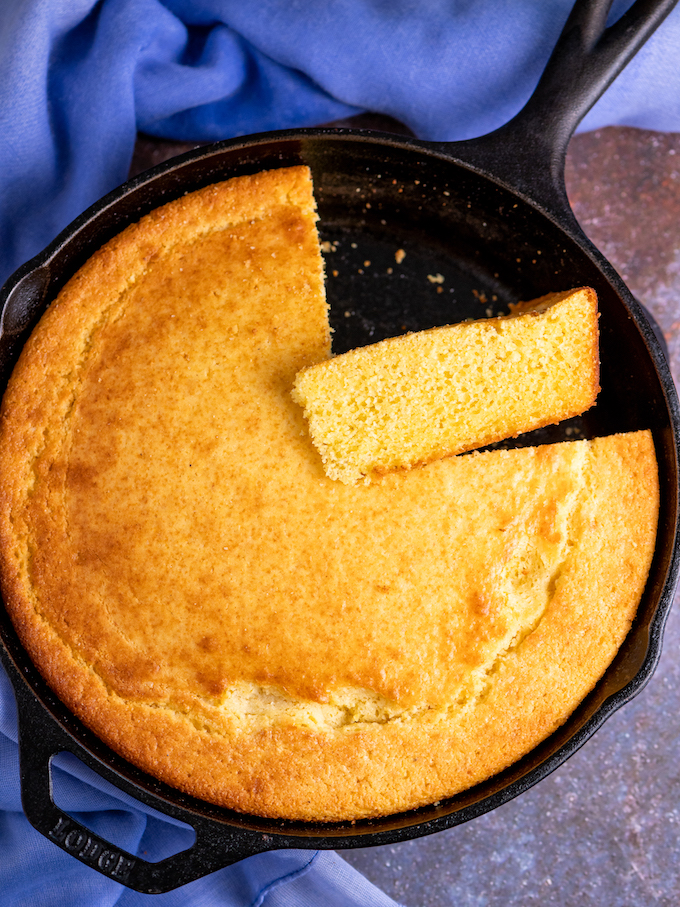 If you're looking for a crispier crust, invert it after cooling a few minutes and slice it like a pie.

This skillet cornbread goes great with my Nat Your Average Chili. It’s the perfect cornbread to serve with any meal - breakfast, lunch, or dinner.

Try some of my other breads:

This post contains affiliate links. Your clicks and purchases help support theGeneticChef.com at no extra charge to you. I only recommend products that I love. 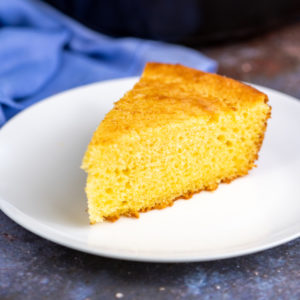 Butter can be salted or unsalted. I have used both.
Did you make this recipe? I would love to see how it turns out. Tag me on Instagram @thegeneticchef or tag #thegeneticchef and tell me all about it!