This is my take on Alabama White BBQ Sauce and it’s so delicious, you’ll want to pour it over everything! It’s a mayo-based, creamy tangy sauce that takes minutes to prepare and equally the same amount of time to devour. I’m talking finger-licking good here! 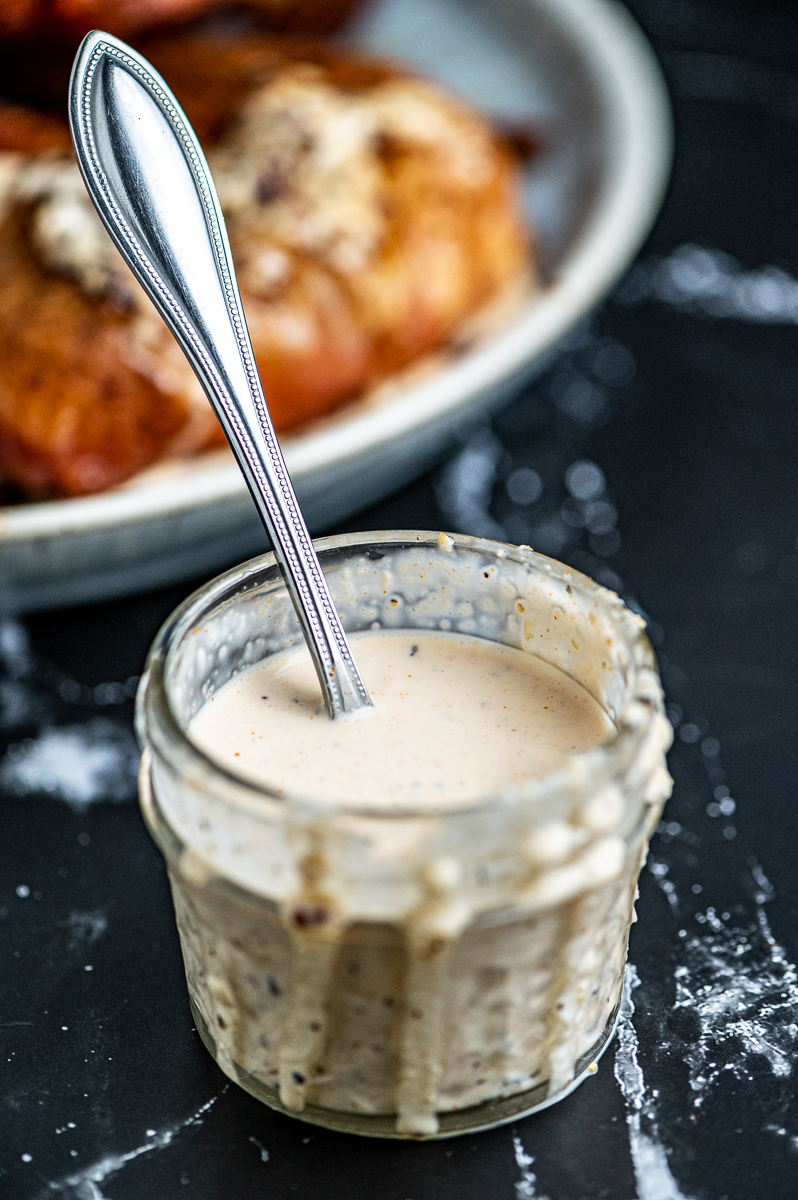 It’s summer here and I was feeling a little adventurous wanting to turn a simple grilled chicken dish into something spectacular. I have my favorite chicken recipes that I make often, and since I test everything I post to the nth degree, my family craves something new every now and then. Rather than using my go-to, quick BBQ sauce that I use often, my goal was to create a white BBQ sauce that was just as awesome and simple to prepare.

Once I tried this white BBQ sauce after various test trials, I knew it was the one. You know what I mean right? You know when it’s THE ONE. It’s so damn good and we couldn’t get enough of it. It wasn’t until I began to dip the chicken in this sauce that I realized it could be used for so much more. 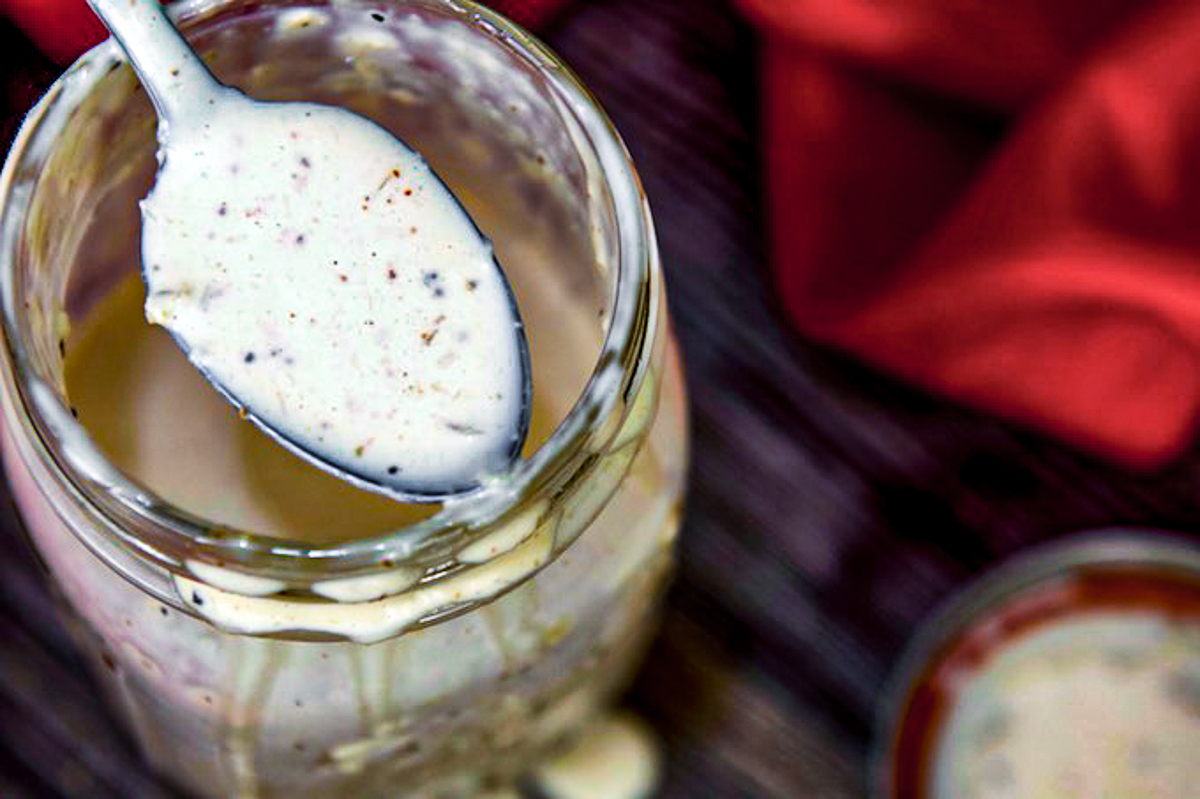 This is loaded with flavor from apple cider vinegar, lemon juice, horseradish, mayo, mustard, cayenne, Worcestershire sauce, and a touch of sugar. I honestly believe that you could use this as a dip for whatever you like. Pour it on anything and spice up your life. Hey, I’m talking about food here! What did you think I was talking about!?

Something to consider here is that this sauce is very thin. I’ve found the sauce pairs perfectly with grilled chicken. You can pour it on or dip it in. I’ve poured it over sliced garden fresh tomatoes - oh my!

Do me a favor - make it and taste it. You are gonna love it!

Try some of my other delicious sauces: 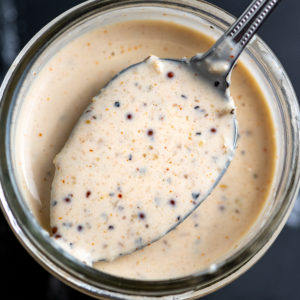